I thought I would take a minute to try to explain something I know I’m terrible at explaining. We will see how well this goes?

I had to take up some straps today. It’s the bane of my fashion existence, apparently I have a short torso or something?

At any rate it’s an easy job, just put on the dress and pin up the straps at either the front or back seam (possibly both if they are super long)

This was only an inch so the front got it, luckily due to having a tie in the back the bust was adjustable or it might have been a bit big too.

So once you have your straps pinned you just start sewing, nothing fancy or new. This dress had a seam along the front I could hide the new seam in. 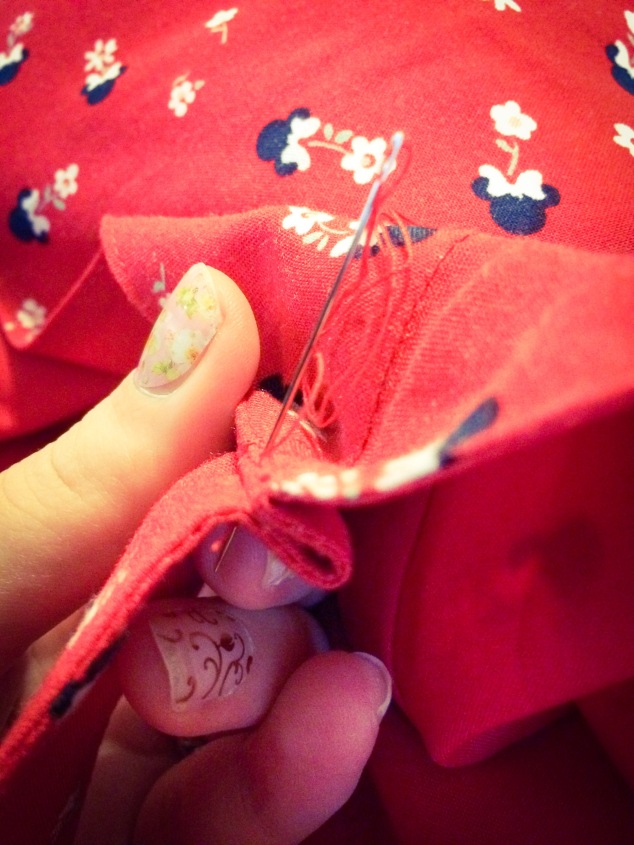 Then I took that excess material created when tucking up the strap and started to sew it down. This is where things get a bit odd. It’s a simple whip stitch running through only the underpinning of the dress so it doesn’t show on the outside of the garment… Yup I’m terrible at explaining things…

At any rate it makes that flap and the rest of the dress lay flat, without cutting away the excess and risking fraying. It also means that flap of fabric won’t catch on anything, particularly in the wash.

(I never said my sewing was pretty, but it’s effective)

All done the dress lies nice and flat and you can never tell they were taken up … So technically I lied a bit like my cross stitching it’s pretty from the front but the back is a mess.