Just a couple small projects this week. First up my childhood friend the rocking horse. I never gave it a name. Or a gender for that matter. Comment what it’s name should be, I think it’s about time it got one.

This poor, 26ish year old horse has spent the last 14 or so years in a garage loft and it shows.

My grandfather built it for me before my legs would even reach the pegs. And my grandmother painted the beautiful designs.

As you can see the varnish has yellowed over the years. In fact you can see where my little hands wore off the varnish so the blue paint shows its true color around the hand holds.

I wanted to get rid of as much of the yellowing as I could while still keeping the lovely paint that my grandmother did, so I just did a wet sanding with a 150 and 220 grit sanding pad 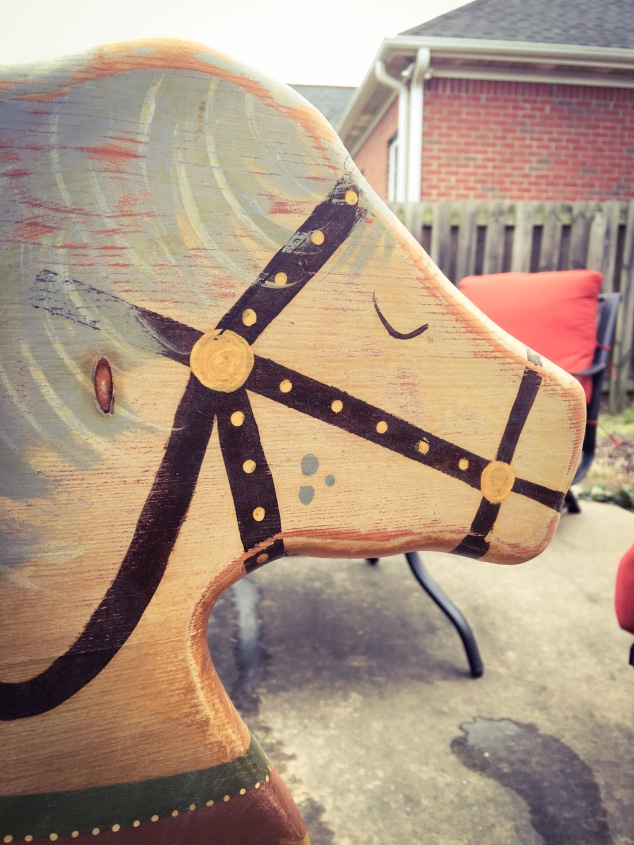 Now it just looks a little more antiqued than before, but still beautiful. I will eventually need to replace the tail, but for now it’s found a home in our dining room for our friends children to play on.

Next up a project from Mr. Smith’s childhood.

It’s not quite as pretty but it’s a bit more practical. It was his childhood toy box and before it was his it was someone else’s… I’m not sure whose, but obviously it’s pretty old and it’s pretty sturdy. It’s made out of scrap, solid wood, tongue and groove.

And as you can see here a 6 year old Mr. Smith painted it. 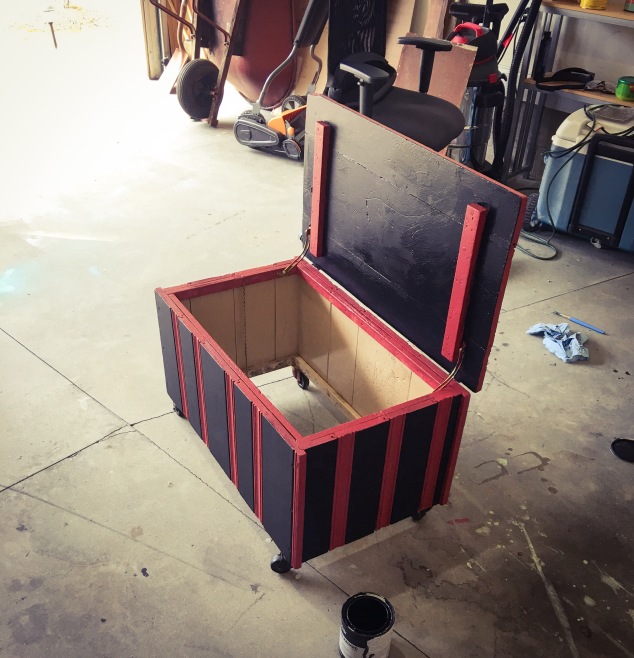 We freshened up the paint a bit using the same red and chalkboard as I did on the bar. As you can see it’s also going to need a new bottom. 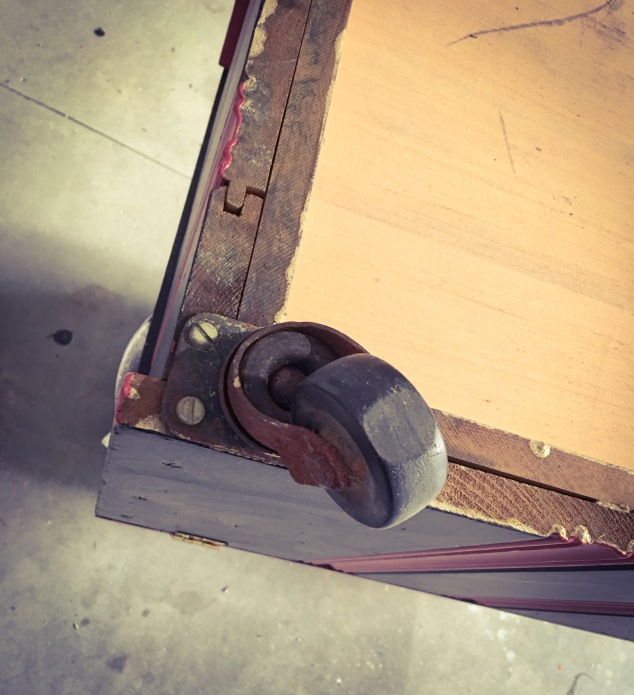 It also desperately needed new casters as the bearings in these had seized up.

New casters, new bottom reinforced with a center strut thanks to some scrap paneling and wood…
I think Mr. Smith is excited about his newly remodeled toy box…. Or at least the toys 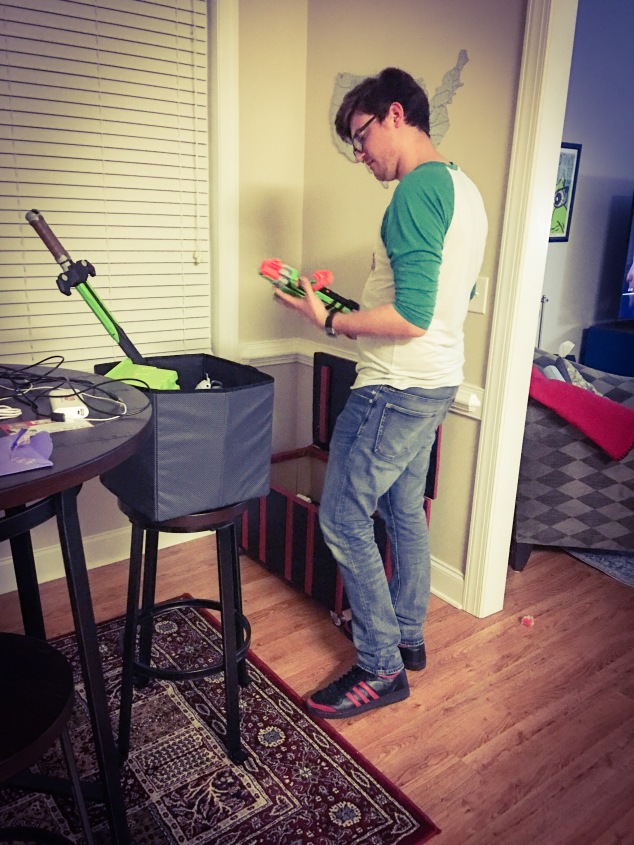 And it has found a cozy home in the breakfast nook.

Words and things…. Ok fine, I don’t feel like writing so this is mostly going to be a story in pictures. 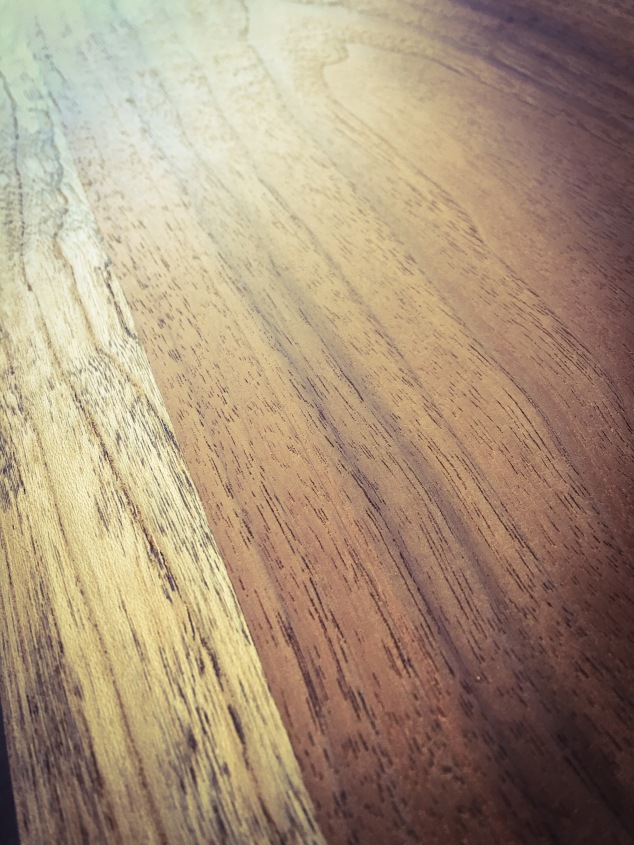 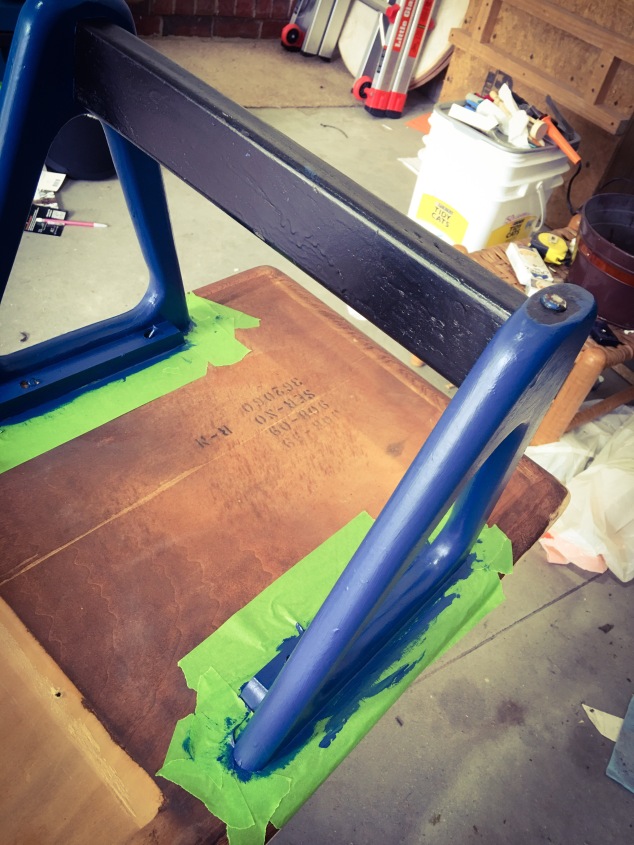 See why it’s my best friend 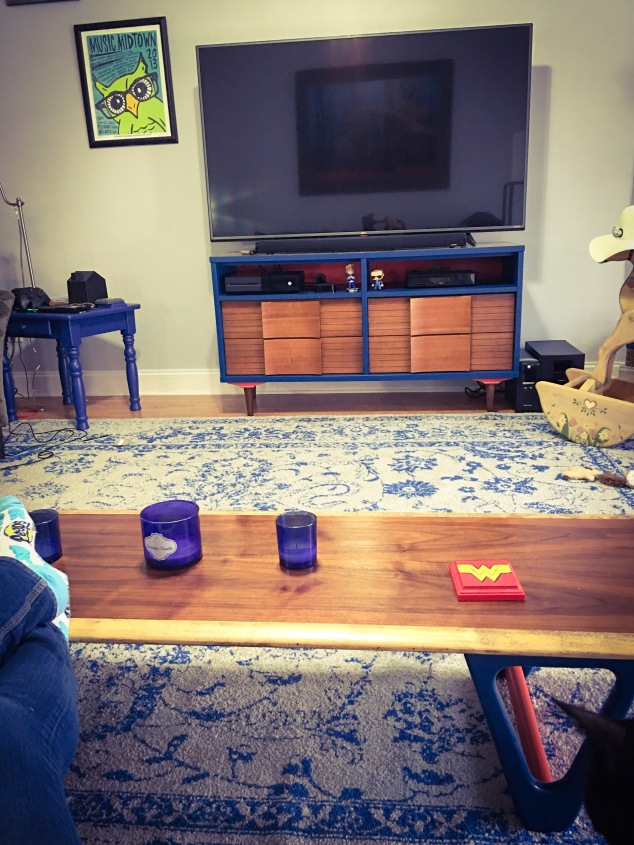