I got an early Christmas present. It’s called a kinkajou, and no I’m not referring to the furry forest dwelling creature. It’s a handy little mechanism for cutting glass bottles.

It’s a pretty simple thing when you get down to it. It’s just two sets of rollers that clamp together around the bottle with a small scoring blade attached to one.

The rollers then allow you to turn the bottle scoring it all the way around. The tricky part is getting the start and end points to line up.

It took my first bottle a long time to finally break all the way through. That’s partly because my score lines ended about 1/4 inch away from one another. Partly because it turns out the glass was incredibly thick. 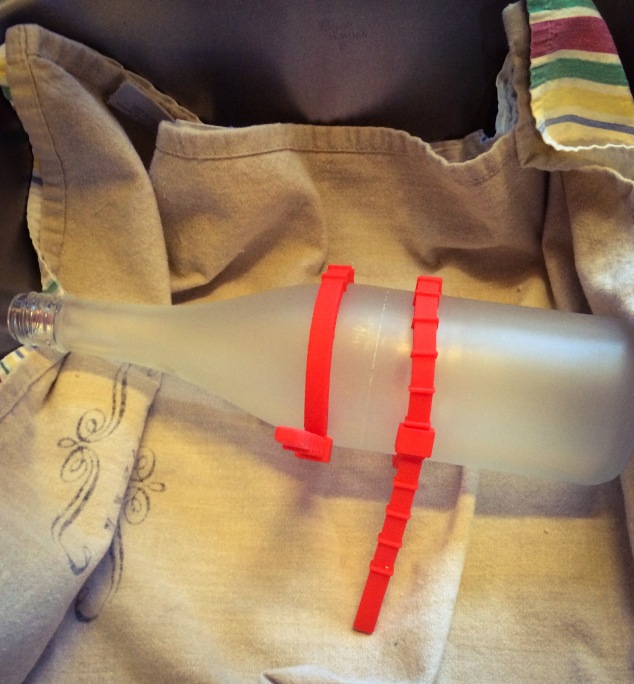 Luckily even if your score lines are a little off (like mine were) they include a tool to snap off any jagged pieces. Unfortunately my glass was so thick this little tool wouldn’t even fit over it so I had to improvise a bit.

They also include sand paper to get rid of any sharp areas.

It was surprisingly easy even having picked the seemingly thickest bottle ever, I have a feeling Mr. Smith has created a monster with this one. 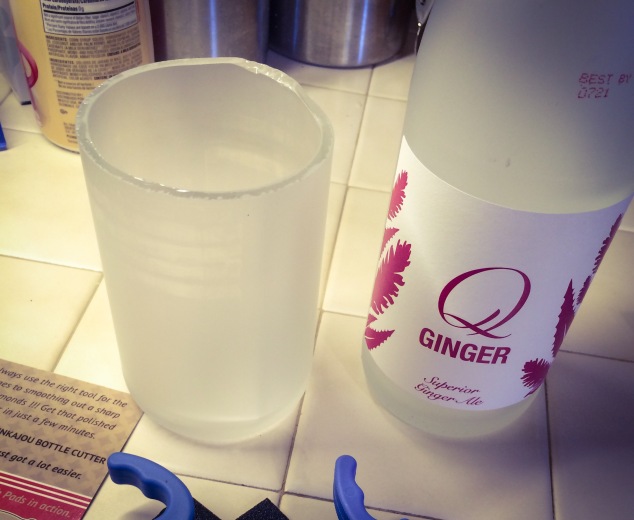